Real Madrid are said to be eyeing up Arsenal star and Gabon international Pierre-Emerick Aubameyang in a move that would be a sensational one to say the least.

Aubameyang has been an instant hit for the Gunners since his move to the club from German outfit Borussia Dortmund in January 2018, with the forward bagging a hugely impressive 41 goals and 12 assists in 65 games for the club since then.

Since joining the north London side, Aubameyang has managed to establish himself as one of the Premier League’s, and Arsenal’s, most dangerous and lethal players.

And it seems like his impressive displays for Unai Emery’s side have caught the eye of Spanish giants Real Madrid if certain reports are to be believed.

According to Don Balon, Real are eyeing up Aubameyang, with it even being stated that the 30-year-old is a ‘serious option’ for Zinedine Zidane’s side.

The report also states that it’s going to cost Real around €100M if they are to pry Aubameyang away from the Emirates this summer, a move that just isn’t worth it when you consider who the club already have at their disposal, combined with the player’s age. 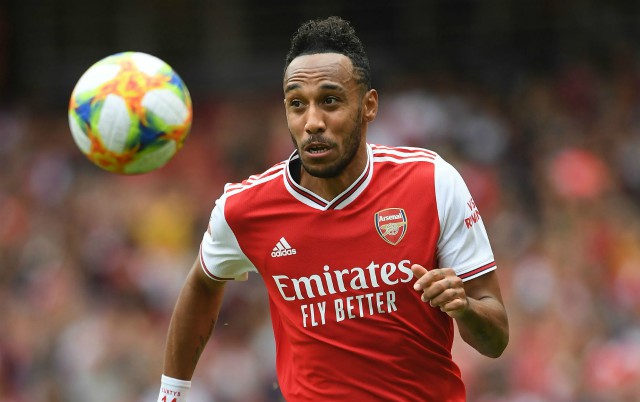 Real are eyeing up a stunning swoop for Aubameyang this summer

Real already have Luka Jovic and Karim Benzema as their striking options, thus we can’t really see any reason as to why the club would need to add another striker to their ranks in the form of Aubameyang.

Given this, it’ll be interesting to see if Los Blancos end up making an official move for Aubameyang, and whether Arsenal will be willing to sell should they do so.