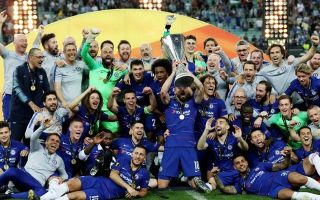 The 33-year old centre-back, who joined the Blues from Aston Villa in 2012, made 290 appearances for the club, scoring 25 goals and providing seven assists, helping the west London side win two Premier League titles in the process.

According to the Sun, Crystal Palace are interested in signing Cahill, with the defender hoping to land a deal worth £75,000-a-week at Selhurst Park.

The Sun also state that Burnley have been linked with a move for Cahill, however the Eagles are currently the front-runners in the race to land his signature.

Palace have made only two signings this summer so far in the form of Stephen Henderson and Jordan Ayew, and given this report, it seems like Roy Hodgson’s side are eyeing up Cahill as their third transfer.

Despite being far from a regular last season, signing Cahill could prove to be a very useful signing for Crystal Palace. With the amount of experience he has, the 33-year old can not only fortify Palace’s defence, but can also be a good role model to the numerous youngsters in the Eagles’ squad as well.