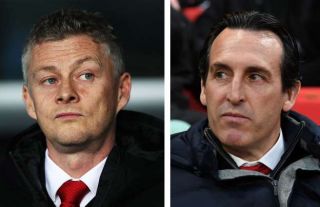 Arsenal and Man Utd reportedly both hold an interest in Daniele Rugani, with Juventus sporting director Fabio Paratici in London this week and ready to discuss his future.

The 25-year-old has struggled to make his mark for the Turin giants, managing just 87 appearances in four seasons with the club.

Following the arrivals of Matthijs de Ligt and Merih Demiral this summer, coupled with the ongoing presence of stalwarts Giorgio Chiellini and Leonardo Bonucci, he remains down the pecking order and so if he is eager for regular playing time this season, an exit is surely needed.

According to Calciomercato, that’s something that he could still get as it’s reported that Juve chief Paratici is in London to discuss a number of potential deals ahead of the transfer deadline for English clubs on Thursday, and one of them could be a move to the Premier League for Rugani.

It’s noted that both Arsenal and Man Utd are interested in the Italian defender, along with Wolves, with Arsenal still looking to solve their issues at the back after sending summer signing William Saliba back to Saint Etienne on a season-long loan deal.

As for United, they’ve just splashed out £80m on Harry Maguire, as per BBC Sport, but given how porous their defence was last season, Ole Gunnar Solskjaer could be seeking another addition to really shore things up at the back.

The Red Devils conceded 54 goals in 38 Premier League games last year, giving them the worst defensive record of the top nine sides in the standings.

Maguire and Aaron Wan-Bissaka will go a long way in addressing that problem, but Rugani would add further quality and defensive solidity given the likes of Eric Bailly, Chris Smalling and Phil Jones haven’t shown an ability to offer it consistently to this point.

Time will tell if either Arsenal or United can get a deal over the line in time, but ultimately it would seem like a sensible swoop for either side to add more balance to the line-up given they both possess potent attacks already.