Man City have had a fairly quiet summer so far, however the Citizens could be set to spark themselves into life in the coming days, as they look to build a squad capable of winning the Premier League yet again.

Pep Guardiola’s side have won the last two editions of the Premier League, with the club winning it in some style during the 2017/18 campaign, finishing 19 points ahead of rivals Man United.

Last year was much closer however, as they were pushed all the way to the final day by Liverpool, who ended up finishing just one point behind City.

Given this, City could definitely do with improving their squad ahead of next week’s transfer deadline in order to avoid the possibility of being beaten to the title by Jurgen Klopp’s side this term.

And they’ve already gone someway to doing this with the acquisition of Spanish midfielder Rodri, who joined the club from Atletico Madrid for £62.8M back in July according to the BBC.

However, despite this quality addition to their squad, it seems like Guardiola’s side could still do some late deals this summer, business that could see them both bring in and sell stars.

One player who could end up leaving is German winger Leroy Sane, who is wanted by Bayern Munich according to the Sun.

Although, Bayern will reportedly have to fork out as much as £145M in order to land Sane’s signature as per the Sun, a deal that’d see the 23-year-old become one of the most expensive players of all time.

Should the club end up letting Sane go, it looks as if they could make a move for Real Sociedad and Spain winger Mikel Oyarzabal.

As per AS, City are eyeing up the Spanish winger as a possible replacement for Sane, with Guardiola’s team even ready to activate the player’s €75M (£68M) in order to sign him should the German international end up leaving in the coming days.

Losing Sane would be a big blow for the club when you consider just how good he’s been these past few years, however if they were to replace him with Oyarzabal, it’d wouldn’t necessarily be a bad move from the reigning champions.

Another star that could end up departing the Etihad in the near future is Brazilian defender Danilo, who’s been linked with Juventus as part of a swap deal for right-back Joao Cancelo.

A report from the Daily Mail states that City have agreed a deal worth £32M for Cancelo, one that’ll see Danilo move to Turin in the opposite direction.

Journalist Fabrizio Romano has stated on his Instagram that Danilo is valued at around £18M (€20M) by the Old Lady, thus the total value of this deal will equate to around £50M.

“A very worrying time”: agent airs concerns for EFL clubs with repayment date nearing
Cristiano Ronaldo being pursued by former club who will do everything they can to sign him
“Phenomenal” – agent believes Manchester United’s potential sale could eclipse Chelsea’s £3bn takeover

Given Guardiola’s willingness to experiment with formations, we wouldn’t be surprised to see City line-up in a 3-5-2 formation during some fixtures this season.

Using this formation would allow the club to play both Cancelo and Oyarzabal, whilst also keeping key players such as Rodri, Kevin De Bruyne and Bernado Silva in their starting XI. 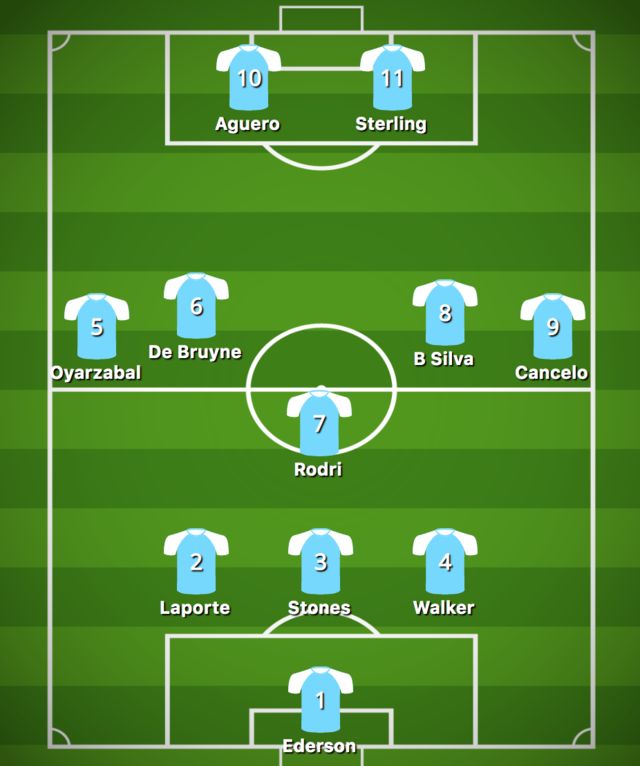 Deploying this formation would see stars like Fernandinho and David Silva start on the bench in some games, something that could benefit City due to the fact that both of these players are ageing, and aren’t as physically able as they used to be.

However, given Guardiola’s track record with rotation and altering his formation, we would be shocked if City didn’t play both Fernandinho and Silva in a 4-3-3 formation for a significant part of their campaign given the quality they both in their lockers.