Besiktas are willing to listen to offers for Turkish midfielder Dorukhan Tokoz, with Liverpool thought to be monitoring his situation.

The 23-year-old was a standout performer for Besiktas last season, contributing three goals and four assists in 20 Super Lig appearances.

The Turkey international caught the eye of a number of top European clubs, including Liverpool, who could now be tempted to complete a fourth summer signing before the August 8 transfer deadline.

According to TRT Spor journalist Firat Gunayer on Twitter, Besiktas are open to selling Tokoz, but the Reds may face competition from two other unnamed British clubs.

Liverpool have been relatively quiet during the summer window so far, bringing in teenage duo Sepp van den Berg and Harvey Elliott, along with backup goalkeeper Adrian.

Jurgen Klopp’s side showed they are still as formidable as ever with a gritty performance against Manchester City in Sunday’s Community Shield, but ultimately lost the match on penalties after the score finished 1-1 in normal time.

The Reds do not necessarily need any extra reinforcements before the start of the new season, but Tokoz could help add greater depth to Klopp’s ranks. 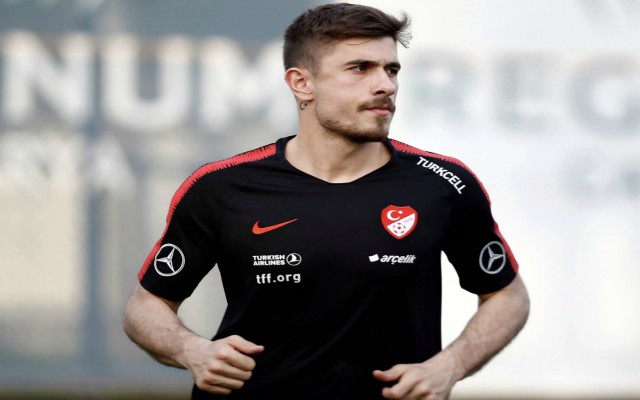 Tokoz in action for Turkey

The 23-year-old can play anywhere across midfield and is also comfortable on the right-hand side of the defence, with a combative style and a superb ability to read the game.

It remains to be seen whether or not Liverpool launch a formal bid for Tokoz, but an offer within the region of £18 million may be accepted by Besiktas – according to Talk Sport.