Arsenal look to be closing on a move for Juventus and Italy defender Daniele Rugani, after the Gunners agreed personal terms with the star ahead of a potential transfer.

Unai Emery’s option to pick from at centre-back look somewhat weak at the moment given the fact that the club sold Laurent Koscielny to Bordeaux earlier today as per the BBC.

However now, it looks like the north London club are closing in on a deal that’ll see them seriously improve their options to pick from at the back.

According to journalist Alfredo Pedulla, Rugani has agree personal terms with Arsenal in a deal that’s said to be worth around €4M-a-year (£3.68M), which, when worked out, equates to just over £70,000-a-week.

Pedulla also notes that the Gunners could sign the centre-back on a two-year loan deal with guaranteed purchase option of £40M (£36.8M) included in that deal. 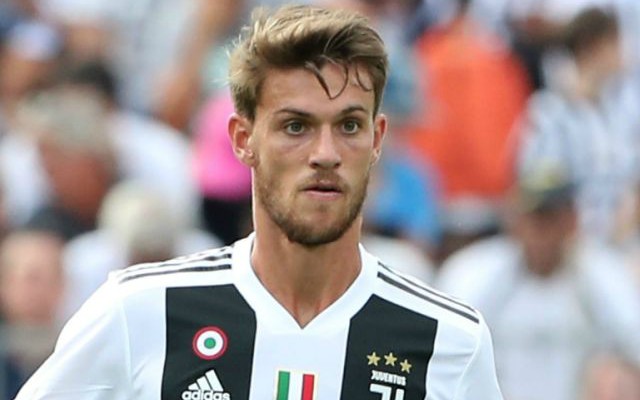 Arsenal have agreed terms with Rugani regarding a summer switch

If the north London club are able to get a deal over the line for Rugani time, it’ll be a great piece of business, as they’ll effectively be replacing Koscielny with a much, much better option in the form of the Italian international.

Rugani may not get much game time at Juve this year given the fact that they’ve just added Matthijs De Ligt to they’re already impressive defensive options, thus a move away from the club may be the player’s best bet if it’s first team football he’s after.

Given that Rugani is just 25, the Italian still has some time to improve his game before he reaches his peak, and should he do that whilst at Arsenal, the option to buy him for £36.8M would be seen as a very smart move from the club in the long-run.