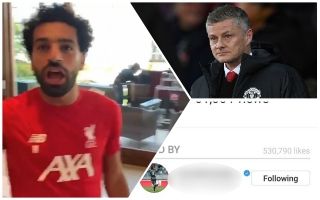 One star that has been heavily linked with a move to Manchester United this summer has broken Red Devils’ hearts by liking this Liverpool-related post.

United have been heavily linked with a move for the Sporting Lisbon captain, Corriere Dello Sport reported just over a  week ago that the Red Devils agreed a €70m deal to bring the star to Old Trafford.

Take a look at Fernandes reacting to Liverpool’s impressive ping pong table below:

Here’s some additional proof that the star’s social media activity hasn’t been faked:

For anyone that thinks it’s fake???? pic.twitter.com/cWMb11GzDB

Although United are seemingly out of the race for Fernandes, this also won’t be pleasant viewing for Tottenham.

According to the Daily Mail, Spurs have agreed personal terms with the star, they’ll hate see that their prime target loves the team that shattered their hopes of Champions League glory.