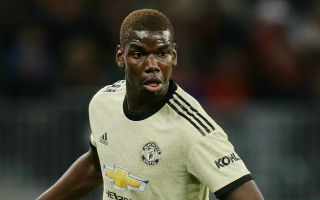 Manchester United are in talks with Lazio over the possible signing of Sergej Milinkovic-Savic, with Real Madrid still courting Paul Pogba’s services.

According to Marca, Zinedine Zidane wants to bring Pogba to Santiago Bernabeu and the Blancos are lining up a final offer before the August 8 transfer deadline.

The Spanish publication also states that Man United are working on a deal to sign Milinkovic-Savic just in case the Frenchman does leave Old Trafford, with transfer negotiations now in progress with Lazio.

The Red Devils have been heavily linked with Milinkovic-Savic throughout the summer, as Ole Gunnar Solskjaer continues an overhaul which has already seen three new senior stars arrive in Manchester.

Daniel James, Aaron Wan-Bissaka and Harry Maguire have all signed for United, but there is still a general sense among supporters and experts that the club needs to bring in at least one more player before Thursday.

Ander Herrera’s departure to Paris Saint Germain at the start of July has left Solskjaer short on options in a holding midfield role, with Nemanja Matic now the only natural option available in that position.

Milinkovic-Savic is capable of playing in defensive midfield or in a more central role, with superb technical ability and an aggressive streak which helps him drive his team forward.

The Serbian is not quite as forward-thinking as Pogba, but he has similar attributes and could be the ideal man to fill the World Cup winner’s boots if he does decide to move to the Spanish capital.

The best-case scenario for United, however, would be for Pogba to stay and Milinkovic-Savic to sign, which would significantly change Solskjaer’s outlook ahead of the 2019-20 campaign.

The Lazio star could compliment Pogba perfectly across the middle of the park, allowing the France international to venture forwards more often while covering in defensive areas and dictating the play from a deep-lying position.

Transfermarkt states Milinkovic-Savic would cost United around £59 million, which is a small price to pay for a 24-year-old with huge potential who could reach the very highest level of the game in the coming years.