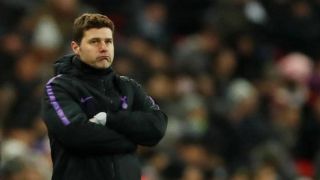 According to talkSPORT, the Brazil international will not join the North London club on loan. The 27-year old was also linked with a move to Arsenal by L’Equipe.

Coutinho hasn’t had the best of times at Barca, scoring 21 goals and 10 assists in 76 appearances across all competitions so far.

Last season, the Brazilian showed moments of brilliance but was extremely inconsistent. Following the season, the 27-year old helped Brazil win their 9th Copa America title which was hosted in his nation.

Coutinho scored a brace against Bolivia while providing an assist against Peru as his team won the tournament by beating Peru.

With the Brazilian set to reject Spurs, it will be interesting to see what happens of Coutinho at Camp Nou. However, given that he did really well in the Copa America, there is still hope of the 27-year old performing the way he used to perform at Liverpool.