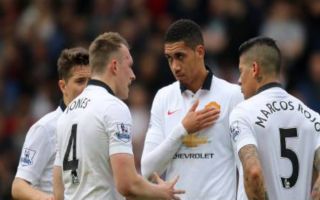 Everton are eyeing up a move for Man United defender Marcos Rojo, which comes just a day after they failed with their attempt to sign Chris Smalling.

As per Sky Sports’ Jim White, United turned down a loan offer for Smalling from the Toffees yesterday, however now it looks like Marco Silva’s side are in for another Red Devils defender in the form of Rojo.

According to the Daily Mail, Everton are looking at a possible deal for the Argentine, with Solskjaer’s side willing to let the centre-back leave after they brought in Harry Maguire from Leicester recently.

Rojo probably won’t get much game time this year given the options United have in defence following the acquisitions of Maguire and Aaron Wan-Bissaka.

Thus, a move away from Old Trafford may be the best bet for Rojo if it’s game time the South American is after.

Rojo has been massively out-of-favour with the Red Devils in recent seasons, with the 29-year-old making just 20 appearances for the club since the start of the 2017/18 campaign.

The Argentine international is a versatile defender, with Rojo being able to play at both centre-back and left-back to a good ability, thus his signing wouldn’t be a bad one for the Toffees to make.

If Everton are successful with this swoop for Rojo, it’ll be interesting to see whether it’s a permanent move, or if the defender ends up moving to Goodison Park on a temporary basis.