Manchester City are said to be eyeing up a shock loan swoop for Derby County goalkeeper Scott Carson, as manager Pep Guardiola looks to bolster his options between the sticks.

According to the Sun, City have made a move to bring in the retired England international ahead of today’s 5pm deadline, with the Premier League champions eyeing up a one-year loan deal for the 33-year-old.

Given that City are one of the best sides in the world, and are looking to win their fifth Premier League title this term, it seems very strange that the club are looking to bring in a Championship-level player.

Carson hasn’t played in the Premier League since he made 32 appearances for West Brom in the 2010/11 season, and unless both Ederson and Claudio Bravo both get injured this year, we doubt Carson will be playing in the PL again during his time with City.

Since playing for WBA, Carson has spent most of his time playing in the Championship, with the shot-stopper undergoing spells with both Derby and Wigan Athletic during that time frame. 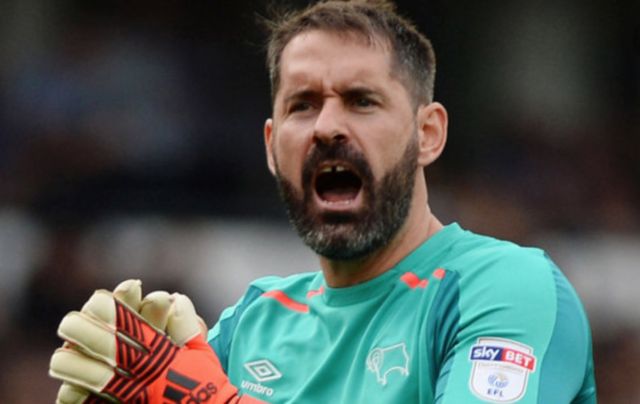 If Carson were to finalise a move to City today, it would certainly be one of the most surprising transfers of this summer’s window, which is definitely saying something given some of the deals that have gone through these past few months!