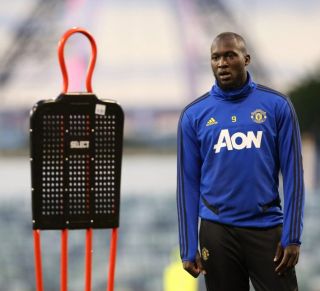 Romelu Lukaku was reportedly involved in a heated row with Man Utd assistant coach Mike Phelan during their pre-season tour in China.

As noted by BBC Sport, the 26-year-old completed a move to Inter on deadline day in a deal worth £74m, while he penned a five-year contract with the Italian giants.

It ends what looked to be a successful stint at Old Trafford initially after his first season, but he struggled last year and bagged just 15 goals in 45 appearances for the Red Devils.

With Ole Gunnar Solskjaer continuing to stamp his mark on the squad this summer, it appears as though Lukaku didn’t feature in his plans moving forward, although the United boss didn’t see a replacement come in up front with the transfer deadline passing on Thursday evening for English clubs.

However, further details are now being reported leading up to Lukaku’s exit as after failing to feature for Man Utd through pre-season, The Sun report that he was involved in a heated spat with Phelan in China after being absent from the team bus when travelling from their hotel.

It’s claimed that Phelan told the driver to continue without Lukaku, who got to the stadium by his own means and that in turn led to a confrontation between the pair.

That seems to add up given HLN reported that Lukaku spent Monday and Tuesday this week training at Anderlecht while he waited for his move to go through despite being expected at Carrington, and so perhaps the clash with Phelan ultimately played a part in the two parties splitting irrevocably.

It will matter little now given Lukaku has moved on and United will carry on without him, but with club legend Gary Neville citing a lack of professionalism from Lukaku being a key reason behind his departure, as per ESPN, perhaps the reported spat with Phelan was decisive in the decision to sell him.