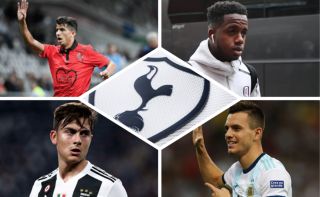 Spurs are said to be looking at signing as many as four players today, as the north London side look to make their mark on deadline day.

Pochettino’s side have signed just two players this summer in the form of Jack Clarke from Leeds and Tanguy N’Dombele from Lyon, however the club are reportedly looking to treble this number come 5pm today.

As per Gary Jacob, Spurs are chasing as many as four deals on deadline day, with the Lilywhites looking to get deals over the line for Lo Celso, Dybala, Atal and Sessegnon.

Sessegnon to have medical at Tottenham this morning as they chase four completing deals – Atal, Dybala and all Celso.

According to the Daily Mail, Spurs have agreed a £69M deal with Juventus for Dybala, whilst the Guardian are noting that Poch’s side have agreed a £55M fee with Real Betis for Dybala’s Argentina teammate Lo Celso.

And it seems like Dybala and Lo Celso aren’t the only two players Spurs have agreed deals for, as Sky Sports are noting that the north London club have agreed a deal of £30M plus the services of Josh Onomah with Fulham for winger Ryan Sessegnon.

Tottenham have agreed a deal to sign Ryan Sessegnon from Fulham.

We understand the fee to be an initial £25m, rising to £30m with Josh Onomah moving the other way.

DZ Football have also recently stated that Spurs are eyeing up Nice defender Youcef Atal, however the report doesn’t mention any price or potential transfer fee.

Given all of this, if Spurs are successful with their pursuits of all of these stars, the club will end up spending more than £154M on deadline day given that they sign Atal for some sort of transfer fee.

Pochettino’s squad will be massively bolstered today should his side manage to get deals over the line for all of these aforementioned stars.

Spurs will be adding to their options in defence, midfield and attack by signing these four stars, a quartet that’ll make them ready to improve on the impressive campaign they endured last year.

Seems like Tottenham fans are in for one hell of a day today! 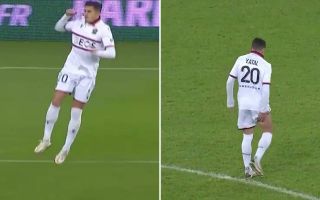