West Ham are still in the market for a midfielder ahead of this evening’s transfer deadline, as the Hammers look to add to their addition of striker Albian Ajeti.

The Daily Star note that Ajeti was set to a seal a move the east London side for £8M today, with the club officially announcing the Swiss star’s arrival earlier this morning.

And amid this, it seems like the club are still in the market for more players, as manager Manuel Pellegrini looks to add to his squad ahead of today’s 5pm deadline.

The Daily Mail note, via the same report from the Daily Star, that Pellegrini’s side are still on the lookout for a midfielder today, with the club potentially looking to bring one in on loan in the next few hours.

It’s also stated that Pellegrini wants to bring in a back-up option for Declan Rice ahead of the transfer deadline, as the Hammers look to assemble a squad capable of improving on the 10th-place finish they managed last year. 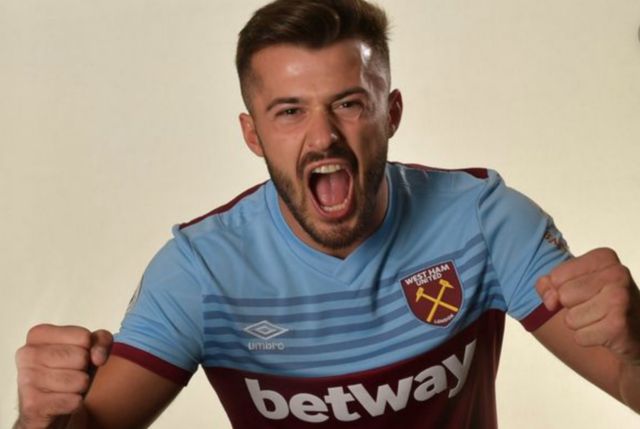 It’ll be interesting to see who West Ham go for today, as they seemingly look to add their options in the middle of the park in the next few hours.

Will the Hammers be successful in their attempt to bring in a back-up option for England international Declan Rice ahead the transfer deadline later? Looks like we’ll just have to wait and see…

Liverpool star could be out for more than six weeks, might even be a doubt for Euros
More Stories Albian Ajeti Declan Rice Manuel Pellegrini