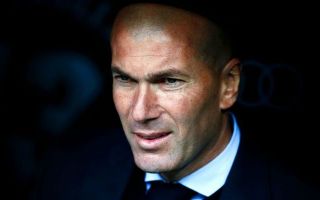 Real Madrid’s James Rodriguez wants to join Atletico Madrid but Los Blancos are willing to sell him only if their valuation is met.

The Colombian international joined the European powerhouse from Monaco in 2014 and has made 111 appearances for the club so far, scoring 36 goals and providing 40 assists. Due to lack of game time under Zinedine Zidane, he made a loan move to Bayern Munich for two seasons.

At Bayern, James made 67 appearances, scoring 15 goals and providing 20 assists as he won three trophies. He had a good 17/18 season but had a disappointing 18/19 season under Niko Kovac, starting in only 19 matches across all competitions.

Following the end of his loan spell, the Colombian attacking midfielder returned to the Santiago Bernabeu. James was linked to a move to Napoli but according to Gianluca Di Marzio, the Italian giants wanted to sign him on loan with an option to buy while Real Madrid wanted to sell him outright.

A recent report from El Transistor claims that James is eager to sign for Atletico Madrid but Real will sell him only if their valuation of €50 million (£46 million) is met.

Having bought a number of attacking reinforcements this summer, it seems quite unlikely that the Colombian international will have much game time under Zidane this season.

He might find more playing time at Atletico Madrid under Diego Simeone. Los Rojiblancos would really benefit from signing an attacking playmaker like James.

Concerns Everton star is unhappy and wants move to Spain