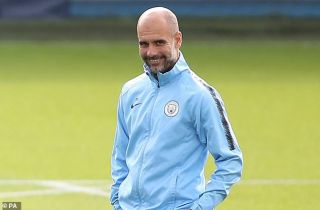 The German international joined City from Borussia Dortmund in 2016 and has since made 115 appearances for the club, scoring 17 goals and providing as many assists.

A knee injury in a Premier League game against Watford saw Gundogan miss most of his first season at the Etihad. However, ever since recovering from that injury, the 28-year old has been a regular for Manchester City.

Last season, Gundogan made 50 appearances under Pep Guardiola, scoring 6 goals and providing 8 assists. Along with his club teammates Kevin de Bruyne and Gabriel Jesus, Gundogan was the leading assist provider in the FA Cup with 4 assists.

Upon extending his stay at the Etihad till 2023, the German international told Manchester City’s official website: “I am very happy to have signed the new contract. I have hugely enjoyed the last three years here at City and everyone at the Club has helped make me feel at home from my very first day.

“It’s a privilege to be a part of this team, playing the style of football we do and winning trophies. It’s very difficult to do that and I’m delighted to be a part of it. I’m really excited about what we can go on to achieve in the next few seasons.”

With Manchester City beginning their league title defence tomorrow, Gundogan penning a new contract is something that should delight the club and their fans, as well as Guardiola given he has played such a key role for him in Manchester.

The German international came on as a second half substitute during the Community Shield game against Liverpool and converted his penalty kick in the shootout which was won 5-4 by Manchester City.

It’ll be interesting to see whether Pep Guardiola gives Gundogan a start in City’s Premier League opener against West Ham in London.