As it’s the first game of the season it seems far too early for resting star players or rotating your squad. A couple of Man City’s star players join a new signing on the bench.

Sergio Aguero and Bernardo Silva both start on the bench for City’s Premier League opener as Riyad Mahrez and Gabriel Jesus have been preferred in the starting line up.

READ MORE: Key Man City player expected to miss most of the season through injury

There are some new signings for both teams on the bench too. 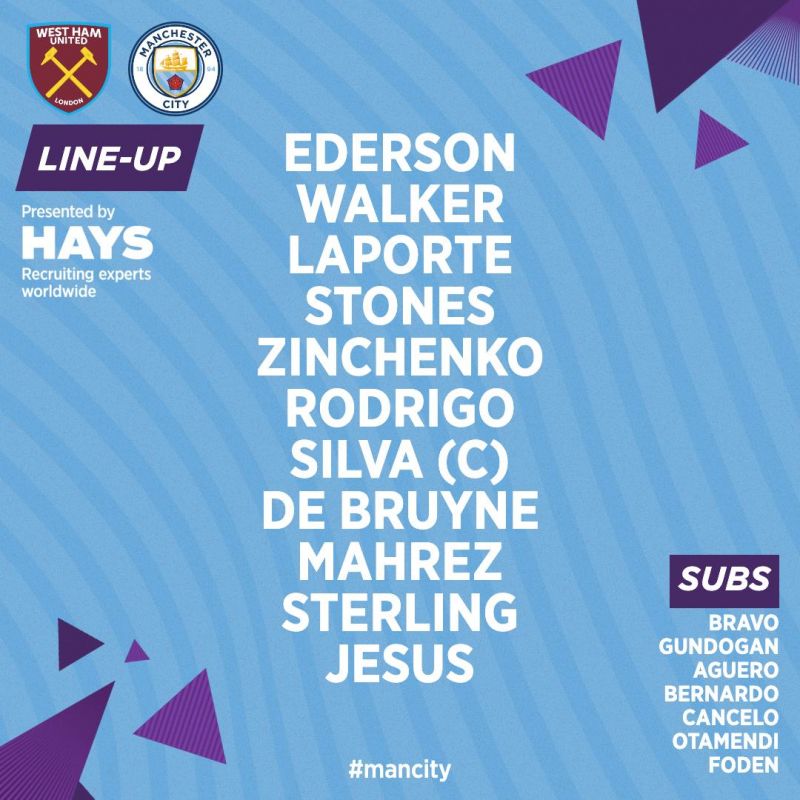 Joao Cancelo starts on the City bench following his move from Juventus which the BBC reported to be worth £60m but did include Danilo being sold the other way.

Fellow summer recruit Rodrigo does start for City, while West Ham’s big summer signing Sebastien Haller will also have to make do with a place on the bench.

West Ham will be hoping they can take something from the game as they are the home team, but it would be a surprise if Man City don’t win.

Liverpool kicked off the season last night with an emphatic 4-1 win over Norwich so Pep Guardiola’s men are already playing catch up.