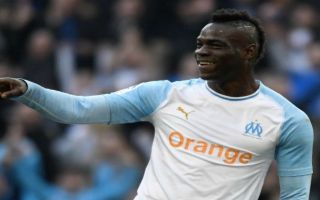 Mario Balotelli is only 28 and should be in the prime of his career, however he’s currently a free agent and doesn’t have any top clubs chasing him. According to reports he is set to turn down a big money move to Brazil.

According to Gazzetta Dello Sport via Football Italia, Balotelli had been offered an 18 month contract worth €5.4 a year and a €10m signing bonus to complete the move to Flamengo.

They also report that he has potential offers from Hellas Verona, Brescia and Fiorentina, but he would need to lower his wage demands if they were to sign him. They suggest he is stalling on making the move to Brazil as he considers his options.

The Italian was seen as one of the biggest prospects in world football when he broke through at Inter Milan but a combination of poor discipline, lazy play and indifferent form have seen him move clubs multiple times.

He will be best known to Premier League fans for his contribution to Man City’s title win in 2012, but an awful spell at Liverpool in 2014 saw his career start to slide.

Balotelli had an awful spell at Liverpool

Since then he’s had mixed spells at AC Milan, Nice and Marseille.

He was prolific for Marseille last season with eight goals in 12 league games but there’s no sign of him returning to France.

He turns 29 in the next few days so this move will likely be his last chance to resurrect his career at the top level. If he can rediscover his best form then he could push for a place in the Italy squad for the European Championships next year.