One Premier League pundit has claimed that Newcastle boss Steve Bruce has held talks with this Magpies star over his future at St James’ Park.

According to an exclusive interview with Football Insider, former England international Danny Mills suggested that Steve Bruce has held talks with Dwight Gayle over his future with the Magpies.

The forward remains with the Premier League side after the transfer deadline despite rumours suggesting he’d leave this summer.

Mills believes that Newcastle’s hierarchy weren’t in fact trying to push the prolific striker out despite having several other options up front.

The Magpies broke their club-record to sign Brazilian star Joelinton this summer, Mike Ashley’s side have also signed Andy Carroll after his release from West Ham.

Carroll, a former England international, returns to his boyhood club after eight-and-a-half years.

Japan international Yoshinori Muto is also an option to lead the club’s attack. 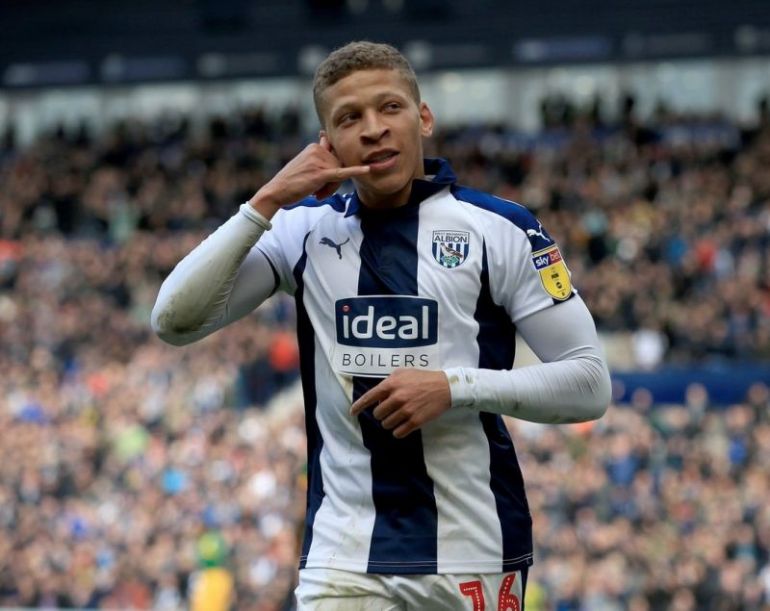 Gayle was sensational for West Brom last season in the Championship. The ace is a deadly natural finisher.

Here’s what Mills had to say on Gayle:

“Gayle has done exceptionally well in the Championship,”

“I think Steve Bruce has said to him: ‘I’ve come in here, I know the Championship,’ he’ll have seen Dwight Gayle an awful lot and maybe he just thinks there is a role for him here.

“If he works hard, he will give him that chance. It didn’t look like Newcastle were trying to get rid of him, put it that way.”

Gayle was sent on loan to West Brom last season in a deal that also saw Salomon Rondon head to Newcastle on loan. The 28-year-old proved his worth by establishing himself as one of the best strikers in the Championship.

Gayle scored 24 goals in 40 Championship appearances (including playoffs), the ace struck up a lethal partnership with Jay Rodriguez.

Gayle has always been a phenom in England’s second-tier but has struggle to translate this to success in the Premier League.

The former Arsenal academy player could flourish depending on the system that Bruce adopts for the Magpies this season.

Gayle has flourished whenever he’s used as part of a strike partnership, his shortcoming in the Premier League stem from the fact that he struggles when he leads the line himself.

There’s no doubt that Gayle is a talented and instinctive natural finisher that has all the tools to be a quality player for Bruce’s side.

Newcastle would be wise to integrate Gayle back into the team, they may need to ‘Dial that G’ to keep themselves in the Premier League this season.