Celtic return to Scottish Premiership action this lunchtime with a visit to Motherwell at Fir Park. They are coming off the back of a mid week Champions League trip but there are some surprises in the squad.

Olivier Ntcham starts for the first time in the league since he tried to force through a move in the summer. The Sun reported that Lennon had several talks with the player and their relationship seems to be fixed for now.

Scott Sinclair continues on the bench as Lewis Morgan continues his surprise run in the first team. He looked on the periphery of the squad last year as he was loaned out, but he is getting starting chances under Lennon this year.

Leigh Griffiths starts ahead of Odsonne Edouard and there’s a surprise appearance on the bench for Bayo who only managed one league appearance last year after signing in January. 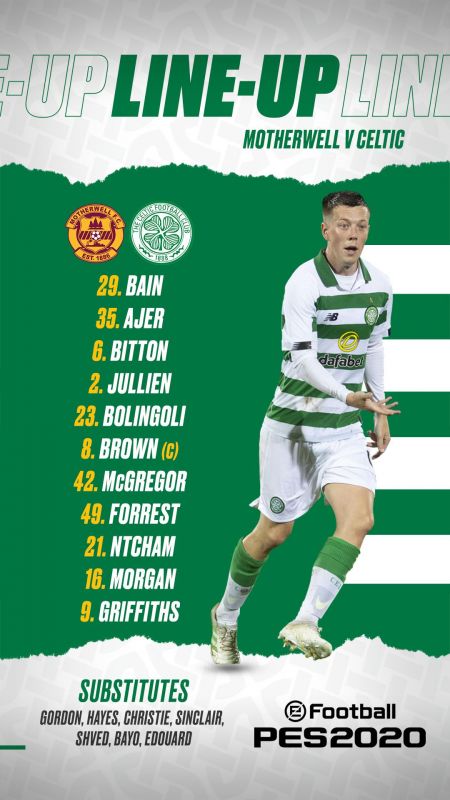 Celtic line up vs Motherwell

Celtic will hope to continue their fine start to the Premiership season after the humbled a toothless St Johnstone side 7-0 last week. Ryan Christie scored a superb hat-trick in that game but will have to make do with a place on the bench today.

The game kicks of at 12 and can be seen on Sky Sports.