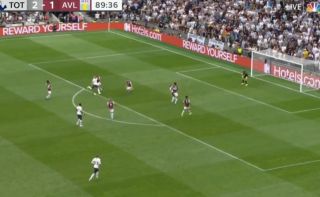 Harry Kane was on hand to score a late brace for Spurs this evening, as the England international bagged two goals to hand the north London side all three points.

Having equalised just over 10 minutes earlier through Tanguy N’Dombele, Kane then stepped up with five minutes to go in order to seal all three points for the home side.

The goal came after a shot from Erik Lamela rebounded to Kane, who kept his cool and slotted home with his left foot past a helpless Tom Heaton.

Kane then added his second, and Spurs’ third, just minutes after, as he slotted home from the edge of the box.

Cometh the hour, cometh the man!