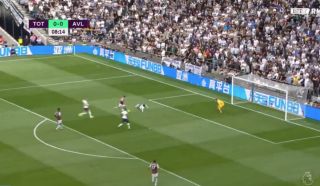 Spurs were caught napping by Aston Villa this evening, as John McGinn bagged the opener for the away side to give them the lead in north London.

Pochettino’s side were largely dominant during the first eight minutes of the match, however they failed to make this pay, and were then punished by McGinn just before the 10th minute.

The Lilywhites’ defence were caught sleeping, as Villa hit a ball over the top for McGinn who latched onto it before firing home with his left foot past Hugo Lloris.

Certainly not the start the home side had in mind!