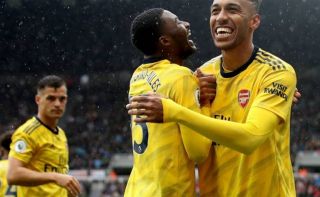 Arsenal have made a winning start to the new Premier League season with a 1-0 victory at Newcastle United this afternoon.

Pierre-Emerick Aubameyang scored a well-taken winning goal early in the second half to show he’s likely to be among the main Golden Boot contenders again this term after jointly winning the award in 2018/19.

More impressively, however, the Gunners kept a clean sheet away from home – something of a rarity for them in recent times as they’ve leaked goals.

It took Arsenal until April last season to keep a clean sheet on the road in the Premier League, according to the Evening Standard’s Simon Collings:

It took Arsenal till April to keep an away clean sheet in the Premier League last season.

They've done it after one game this time. Dug deep at the back and showed much more grit.

So to do so after just their first match of the new campaign must be satisfying for manager Unai Emery, especially as he didn’t have his best players available.

Hector Bellerin and Kieran Tierney are both injured, while Calum Chambers was handed a rare start as David Luiz remained on the bench instead of being rushed into the side after only completing a transfer to the Emirates Stadium a few days ago.

AFC fans will now surely be hoping this can be the start of a more solid season at the back, with a repeat of the 51 league goals they conceded last year sure to condemn them to finishing outside the top four once again.