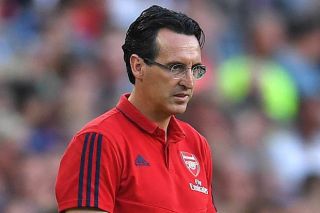 Mesut Ozil could be on the way out of Arsenal as MLS club DC United want to sign him to replace Wayne Rooney, who will join Derby County in January.

Ozil had a pretty lacklustre 2018/19 season, scoring only six goals and providing three assists in 35 appearances across all competitions. Given how he did last season, it won’t be easy for the former German international to be a regular under Unai Emery this season, especially with the presence of new signings Dani Ceballos and Nicolas Pepe.

DC United are interested in signing Ozil who earns £350000-a-week at Arsenal according to the Express. The American club want the 30-year old to replace Rooney who will take up a player-coach role for Derby County in January.

However, Arsenal will also have to fund Ozil’s transfer to the Washington-based club if it takes place and the German will have to take a massive pay-cut as wages in the MLS are not as astronomical as those in the Premier League.

The 30-year-old attacking midfielder has been an important of Arsenal since joining the club from Real Madrid in 2013. Ozil has so far made 231 appearances for the Gunners, scoring 43 goals and providing 74 assists.

Provided he makes a significant improvement this season, there is still hope for Ozil to stay at Arsenal till at least his current contract expires. Emery will certainly need the former German international to produce strong performances this season if the Gunners are to get back into the top four.