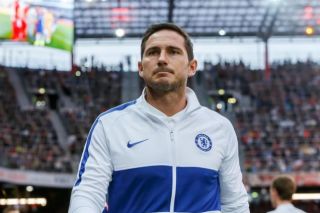 Chelsea are reportedly interested in signing 22-year-old Leicester City left-back Ben Chilwell at the end of their transfer ban.

Chilwell has established himself as one of the most talented full-backs in England through his performances for Leicester City. Last season, the 22-year old made 36 appearances for the Foxes, providing five assists.

His performances in the Premier League earned Chilwell a call-up to the England national team and he has seven international appearances to his name so far, providing the assist for Harry Kane’s late winner against Croatia which took the Three Lions to the Nations League Finals.

Blues manager Frank Lampard is an admirer of Chilwell who is valued at £70million and is eager to sign him, according to the Sun. The 22-year-old was also wanted by Atletico Madrid with the Sun claiming a few months back that the La Liga giants made a bid of £71m for him.

Chelsea’s current options at left-back include Marcos Alonso and Emerson. The former was linked to a return to Spain with Marca claiming that Atletico Madrid were interested in signing him.

Chilwell has done pretty well for Leicester City so far and there is no doubt he can excel in big teams like Chelsea. However, the club’s transfer ban means that they have to wait until next summer in order to sign him.