Two of Real Madrid’s key stars are being courted by this European giant, the club are looking to improve in this key area as they hope to mount a Champions League challenge.

According to French publication L’Equipe (subscription required), Paris Saint-Germain are on the hunt for a first-choice goalkeeper for this season.

L’Equipe report that the Ligue 1 Champions are eyeing moves for either AC Milan star Gianluigi Donnarumma or one of Madrid’s stoppers – Thibaut Courtois or Keylor Navas.

The publication understands that PSG chief Leonardo’s network and knowledge of Serie A is a major factor as to why Donnarumma is being considered.

With all respect to Donnarumma, the likes of Courtois or Navas are far more experienced and it would be beneficial for the French giants to look towards Madrid to solve their goalkeeping dilemma.

Courtois and Navas are currently battling it out for Madrid’s No.1 jersey, Zinedine Zidane has given equal opportunity to the pair in pre-season so it remains to be seen who will be in between the sticks for Los Blancos next season.

Given that Courtois is the younger option, we’d expect the Spanish giants to use the Belgian stopper as first-choice despite his poor form last season. 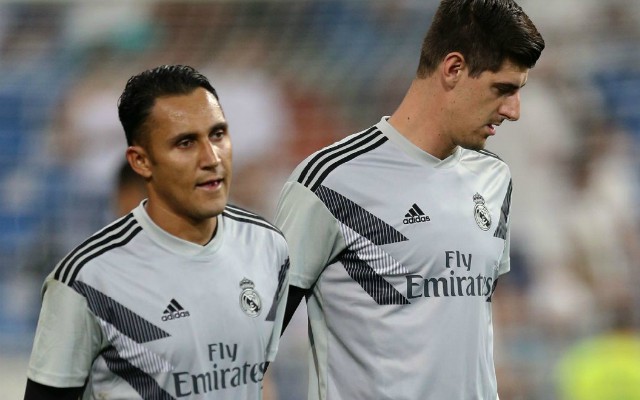 Keylor Navas may have taken back his No.1 shirt from Courtois, the Belgian has been extremely disappointing since joining last season.

L’Equipe also highlight that a move for Navas would be the more cost-effective option given that he’s 32 years old, he’s also a lower profile player than Courtois so may require a lesser wage packet.

The French newspaper aren’t too sure whether or not the club’s move for one of Madrid’s stoppers is linked to the Bernabeu outfit’s swoop for wantaway PSG superstar Neymar.