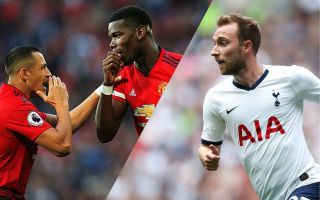 Another Premier League defender being linked with Roma is Tottenham’s Toby Alderweireld, whose future has been in doubt for some time.

A report from the print edition of Il Messaggero, as re-reported by Calciomercato, has stated Alderweireld has agreed terms over a move to Roma.

While it seems risky for Spurs to let the Belgian go now, an exit has looked on the cards for him for some time now.

Another big name who could surely still be heading out of Manchester United is Alexis Sanchez after his dire form for the club.

Alexis Sanchez has been linked with Roma

It’s perhaps unsurprising that MUFC have struggled to offload the under-performing Chilean, but they may still have a chance while other leagues can still make signings.

The Telegraph have linked Sanchez with a possible loan move to Roma, which might be the best outcome at this point.

A top talent who’s really lost his way, it is surely nearly the end for Tiemoue Bakayoko at Chelsea.

Loaned out to AC Milan last season, the former Monaco man is now back at Stamford Bridge but looking unlikely to have much of a first-team role under Frank Lampard.

According to the Evening Standard, another loan could be on the cards before the summer’s done, with Galatasaray looking Bakayoko’s most likely next destination.