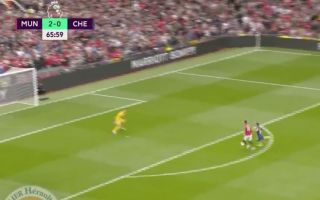 Man United turned on the style against Chelsea in the second half of their Premier League opener today, as they bagged two quick goals against the Blues.

Having already been 1-0 up thanks to a penalty from Rashford, United made it 2-0 in the second half through striker Anthony Martial.

The Red Devils then made it three just minutes, after Rashford finished past Kepa after being played in one-on-one by Paul Pogba, who bagged himself a superb assist.

Not the start Frank Lampard would’ve wanted for his stint as Blues boss!