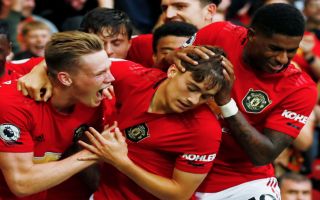 Man United fans have tipped Scott McTominay to be made captain of the club in the future following his display against Chelsea on Sunday.

The Red Devils beat Frank Lampard’s side 4-0 yesterday thanks to goals from Rashford (x2), Martial and James, in what was a brilliant performance from Solskjaer’s men.

One player who particularly impressed was McTominay, who put in a solid performance in the middle of the park for the home side.

The youngster was effective at breaking down Chelsea’s attacks, and also proved to be a solid option to sit in front of his side’s defence as protection.

After United’s third goal, McTominay was even seen giving a quick team-talk to his Red Devils team mates, encouraging them to keep pushing on in the process.

Mctominay pushing the team on after we scored our third goal. My future captain. pic.twitter.com/LlwZRMbeHw

And following his display, fans have taken to social media to claim that the midfielder will be made the club’s captain in the future, a shout that doesn’t seem too farfetched given his display and actions against Chelsea yesterday.

Scott mctominay should be captain tbh

McTominay is a future captain, what a mentality.

Mctominay will be Utd captain in a few years. Remember this tweet. He’s a massive leader. After every goal he got the team in a huddle and told them what to do. My leader. My captain.

Mctominay is a future captain

McTominay is a future United captain 100% 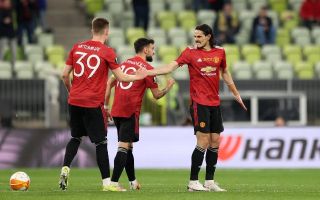