Despite completing an impressive 4-0 victory over Chelsea at the weekend, there’s still a feeling that Man United do need to sign a replacement for Romelu Lukaku at some point soon. One of their targets has signed a huge new contract with his club.

As reported by the BBC , Inaki Williams has signed a new nine year contract with Athletic Bilbao which features a release clause of £125m. It is believed the contract may be the longest one handed out since Denilson signed signed a 10 year contract in 1998 when he signed for Real Betis.

The new contract may ward off interest from Man United. The Sun reported last week they were prepared to pay the previous release clause of £81m to sign the Spanish international, but they will now need to pay more.

Athletic Bilbao are known for only producing players from the Basque region of Spain and have been incredibly successful considering the limited transfer policy. 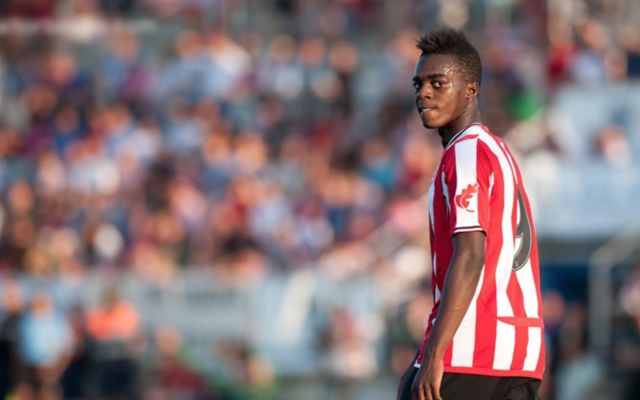 Players like Kepa, Ander Herrera, Fernando Llorente, Javi Martinez and Iker Muniain have all gone on to play for Spain after coming through their academy in recent years.

Williams has also featured for the national team and is undoubtedly their key player at this point.

Williams is incredibly quick and looks like he would be a good fit if united play the same counter attacking style they did at the weekend, but it now looks like he will be staying in Bilbao for the foreseeable future