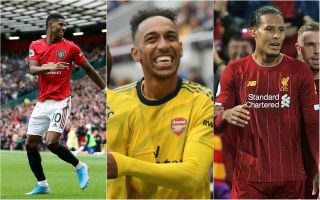 It’s a Manchester-dominated Premier League team of the week selection from Garth Crooks as he puts together his first line up of the new season.

The BBC Sport pundit has gone with three players each from Manchester United and Manchester City, who both earned high-scoring wins as the 2019/20 Premier League season kicked off over the weekend.

MORE: Gary Neville reveals what impressed him most about Harry Maguire’s Man United debut vs Chelsea

United, meanwhile, surprised a few people by putting four past Chelsea in an emphatic opening day at Old Trafford on Sunday, with Marcus Rashford, Paul Pogba and summer signing Harry Maguire making it into the team of the week for their efforts. 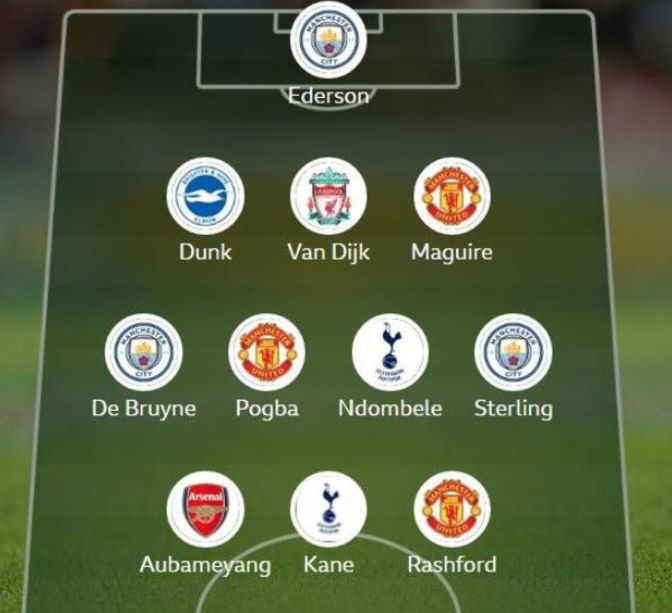 BBC Premier League team of the week, with Manchester United and City dominating

Elsewhere, there are other familiar faces as Liverpool defender Virgil van Dijk gets in after a strong performance and a goal in the Reds’ win over Norwich City on Friday, while Tottenham striker Harry Kane leads the line after hitting a brace against Aston Villa.

The Spurs hit-man is also joined by summer signing Tanguy Ndombele, who marked his Premier League debut with a superb equaliser in that win over Villa.

Brighton’s Lewis Dunk completes the back three as he continues to show himself to be one of the most solid and under-rated players in the top flight.

And finally, Arsenal striker Pierre-Emerick Aubameyang completes the attack after scoring a well-taken winner against Newcastle on Sunday.