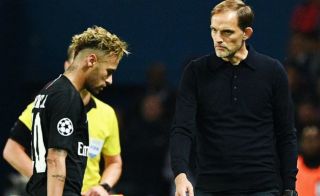 PSG manager Thomas Tuchel has come out and stated that he can understand fans’ frustrations towards Neymar, which were made apparent during his side’s win over Nimes yesterday.

The French giants started off their 2019/20 campaign in style on Sunday, as they beat Nimes 3-0 at the Parc Des Princes thanks to goals from Angel Di Maria, Kylian Mbappe and Edinson Cavani.

However, it was a player who didn’t play any part in the match in Neymar who seemed to catch all the attention from fans.

PSG fans were caught hurling abuse at the Brazilian in the form of chants, which can be seen in the video below.

And following this, Tuchel has come out and stated that he can understand PSG fans’ anger towards the player, however the German did reiterate that he will still be standing by the Brazilian international.

As per the Mirror, when speaking about Neymar, Tuchel stated “Can I understand that? Yes and no, that’s the way it is in our lives. The emotions are serious, the emotions are still there, okay. But on the other hand, Neymar is still our player, still my player, and I will always protect my players.”

Tuchel then added “I can understand that not everyone likes what he said and what he did. I understand, but we have to express a level to express our emotion.”

It seems strange for Tuchel to not openly just come out and condemn PSG fans for their chants towards Neymar, especially seeing as reports are circulating which state the Brazilian wants to leave the club this summer.

The Express reported last week that the forward wants to seal a move away from the Ligue 1 outfit this summer, with both Barcelona and Real Madrid in the hunt to sign him. 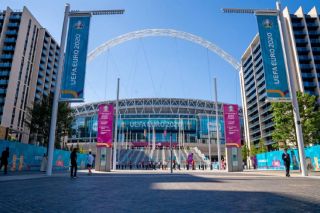 Given this reaction from PSG fans, it seems like they certainly want the Brazilian winger gone ahead of next month’s transfer deadline.

Now all that remains to be seen is whether the club themselves feel the same and co-operate.