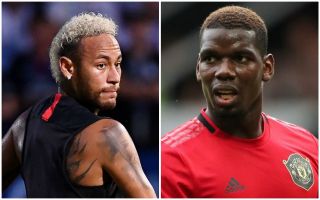 Real Madrid could yet have a brilliant end to the summer transfer window as they chase ambitious signings like Manchester United midfielder Paul Pogba and Paris Saint-Germain forward Neymar.

The Neymar transfer saga has dragged on and on in recent months as the PSG attacker has been strongly linked with both Real and their bitter rivals Barcelona.

MORE: Neymar and his father disagree over whether to seal transfer to Real Madrid or Barcelona

It has been claimed, however, that Neymar’s father is pushing him towards choosing a move to the Bernabeu instead of a return to the Nou Camp.

Los Blancos, meanwhile, are thought to be preparing a mammoth bid including Gareth Bale and James Rodriguez to persuade PSG to sell their Brazilian superstar.

Man Utd may also face Real trying another approach for Pogba after links with the Spanish giants for so much of the summer.

Will Paul Pogba seal a transfer to Real Madrid?

The France international has also been linked with Juventus, but United have been warned not to rule out a late, late approach from Florentino Perez before the end of the transfer window for the rest of Europe.

Pogba is valued at around £150million by MUFC, who could reportedly still let him go if they receive an offer like that despite the transfer deadline passing for English clubs.

Here’s a look at how Zinedine Zidane could line up with their shiny new signings joining another new additions like Eden Hazard, Luka Jovic and Eder Militao… 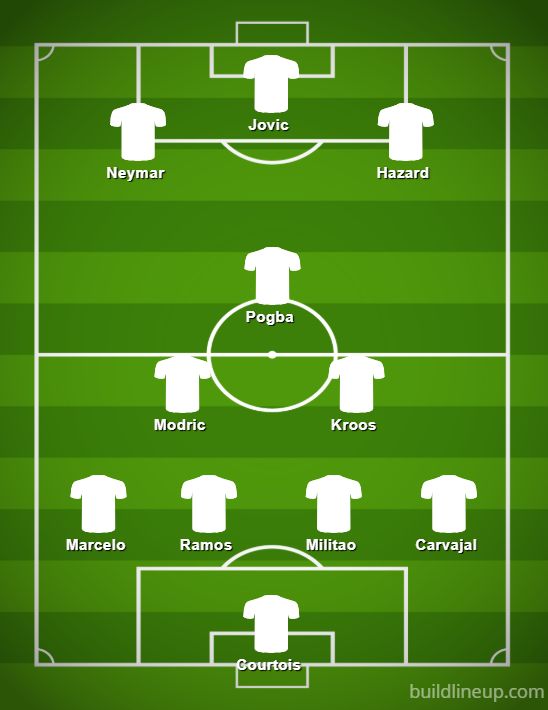 This would be a truly sensational XI to be able to put out, with an attack made up of Neymar and Hazard as good as anything we’ve seen anywhere in the world in recent years.

Jovic is also an extremely promising young striker to come in as a long-term replacement for Karim Benzema, and an attack like that with the creativity of Pogba behind them should have a lot of joy.

Neymar transfer could be another huge move by Real Madrid

In this fluid 4-3-3/4-2-3-1 formation, Pogba can operate as part of a three alongside Luka Modric and Toni Kroos if needed, whilst also having the freedom to move into more of a number ten role.

Barcelona may have signed Antoine Griezmann to go alongside Lionel Messi and Luis Suarez this summer, but this Madrid front three would be a very capable rival to that as the club look to get back to their best in La Liga and the Champions League.