Arsenal are reportedly looking to get rid of German defender Shkodran Mustafi ahead of next month’s transfer deadline, with the club even potentially willing to let the player leave on loan.

Mustafi hasn’t exactly had the best few years of his career these past few seasons, with the German struggling to put in consistent performances for the Gunners whenever he plays.

Fans of the north London club have also seemingly turned on the player recently, as he was booed after coming on against Lyon during this summer’s Emirates Cup.

And amidst all of this, it seems like Unai Emery’s side have finally had enough of the German’s lacklustre displays for the club, as the Sun are noting that the Gunners are aiming to get rid of the centre-back ahead of next month’s transfer deadline for European clubs.

The report also notes that Arsenal could even be ready to the player seal a loan move away from the Emirates in the coming weeks, as they look to get his £80,000-a-week wages off their books. 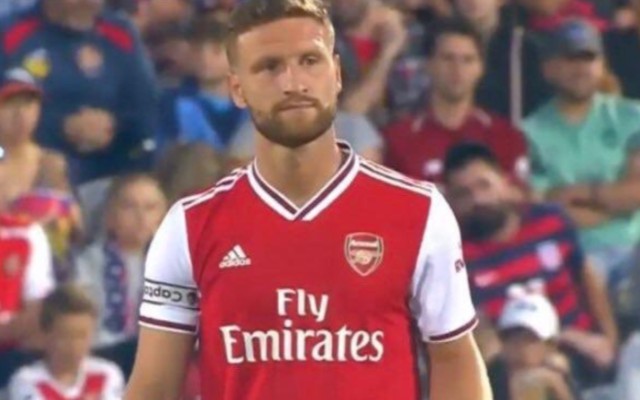 Despite his poor displays for the club in recent years, Arsenal may regret getting rid of Mustafi this summer due to their lack of options in defence.

Having sold Laurent Koscielny recently, the Gunners only really have Sokratis, Luiz and Holding, as well as Mustafi, to choose from at centre-back.

And should the club suffer a few injuries to these aforementioned stars, the north London side could regret getting rid of the German this summer should they actually end up doing so.