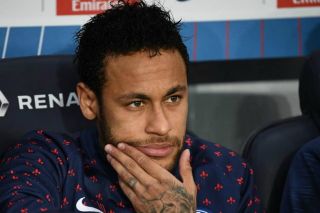 Barcelona are reportedly open to putting €100m plus Philippe Coutinho and Ivan Rakitic on the table to try and prise Neymar away from Paris Saint-Germain.

The Catalan giants defended their La Liga title last season but their failure in the Champions League and Copa del Rey final were two red marks against the campaign.

SEE MORE: Barcelona injury blow: Star ruled out for up to eight weeks, concern for Valverde

That resulted in the marquee signings of Frenkie de Jong and Antoine Griezmann to further strengthen the squad, and it appears as though the biggest deal of the summer could still be on its way.

According to ESPN, the reigning Spanish champions are ready to offer €100m plus Coutinho and Rakitic in an attempt to secure a reunion with Neymar before the transfer deadline.

It remains to be seen if that’s an offer that PSG are willing to accept, but it would certainly give them a huge boost for their transfer kitty as well as handing them two world-class players to help Thomas Tuchel’s side make a bigger impression in Europe this season.

Time will tell if the touted bid is formally lodged and whether or not it’s accepted, but Barcelona are seemingly very serious about the idea of taking Neymar back to the Nou Camp.

It’s added by ESPN that Real Madrid have also been linked with a move for the Brazilian superstar, but Barca would be his preferred destination.

It comes after the 27-year-old bagged 105 goals in 186 appearances for the club in his first spell, winning a whole host of trophies during his four-year stint in Spain.

In turn, it’s no surprise that a return would appeal, and it would appear as though his time with PSG is coming to an end providing an agreement can be reached between the two clubs.