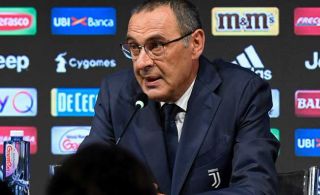 Juventus have been paired with an interest in Roma midfielder Nicolo Zaniolo this summer  but they could be forced to abandon that reported pursuit if he signs a new contract.

The 20-year-old enjoyed a break-out season last year as he bagged six goals and two assists in 36 appearances for the Giallorossi.

With a threat in the final third matched by energy and tenacity off the ball to get up and down the pitch to also offer defensive qualities too, the youngster has shown really positive signs that he can be a top player in the future.

Time will tell whether or not that development and improvement will be overseen by Roma though, as Calciomercato note that talks over a contract renewal are ongoing between the two parties.

It’s added that negotiations are going well following another meeting on Tuesday between Zaniolo’s agent and club officials, with the suggestion being that they have moved closer to matching demands made but there is no agreement as of yet on personal terms with another meeting scheduled.

That would suggest though that things are moving in the right direction and it’s stressed that the Italian international himself wants to remain at the Stadio Olimpico moving forward.

However, there will be an ongoing concern until he puts pen to paper on a new deal, as it’s added that Juventus are expected to continue to monitor the situation and will swoop should there be a breakdown in talks over the new contract.

Maurizio Sarri appears to be well set in that department given the arrivals of Aaron Ramsey and Adrien Rabiot on free transfers this summer to further strengthen the Juventus midfield.

Nevertheless, Zaniolo has a very bright future ahead of him, and so if there is a possibility of snapping him up, it’s one that any club and not just Juve will surely be ready to pounce on.