DC United are reportedly holding talks with Daniel Sturridge over a possible free transfer, a month on from his departure from Liverpool.

The 29-year-old left Anfield upon the expiration of his contract earlier this summer, bringing to an end his six-year stay on Merseyside.

The former England international helped the Reds win a sixth European Cup last season, but the majority of his 27 appearances across all competitions came from the bench.

Sturridge has scored 76 goals in 218 Premier League appearances in total during spells at Liverpool, Chelsea and Manchester City, with loan stints at West Brom and Bolton also taken into account.

Despite those impressive numbers, persistent fitness issues have blighted his career to date and many fans and experts feel he has not been able to fulfil his immense potential at the highest level.

However, at the moment he is fully fit and according to ESPN, the ex-Liverpool star has opened talks with DC United, who are interested in securing his services on a free transfer. 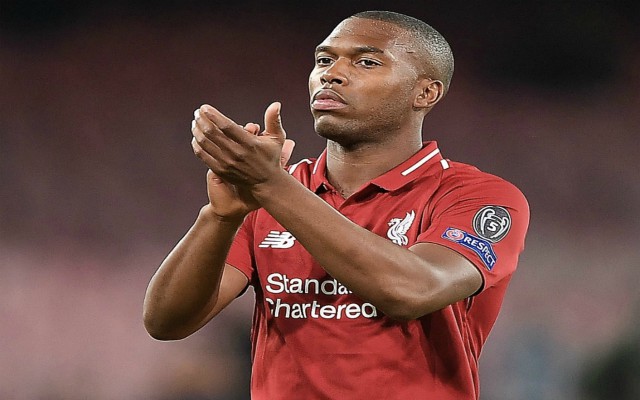 The report states that the MLS club have some reservations over Sturridge’s injury history, but discussions are ongoing as the striker looks to get his career back on track.

Sturridge has 26 caps to his name for England and appeared at both the 2014 World Cup and the 2016 European Championships, with then manager Roy Hodgson a big believer in his talent.

The veteran forward has tasted Champions League glory with Liverpool and Chelsea, while also coming close to winning a Premier League crown with Liverpool in the 2013-14 season.

That campaign was arguably when Sturridge reached his peak, as he formed one-third of a lethal triumvirate up front alongside Luis Suarez and Raheem Sterling.

If he can rediscover that kind of form again in new surroundings, Sturridge could yet prove his doubters wrong in the United States, but it is not yet clear whether or not DC United will take a gamble on the much-maligned goalscorer.