Inter Milan look to be eyeing up a double swoop for Barcelona duo Rafinha and Philippe Coutinho, as they look to bolster their squad ahead of the transfer deadline.

According to Don Balon, Inter have made an offer for Rafinha, with the player himself urging Barca to reject the offer made for him from Valencia and accept the one from Antonio Conte’s side.

The report also notes that Inter are keen on signing Coutinho as well, with the Serie A outfit willing to fork out €80M to bring the player back to the San Siro.

Don Balon’s report doesn’t state how much Inter are ready to pay for Rafinha, however should Barca be willing to accept €80M for Coutinho, it seems like that’s the least the club are going to get for selling the Brazilian duo.

Both Rafinha and Coutinho have spent time at Inter Milan already during their careers, thus it shouldn’t take the duo much time to adapt to life back in Serie A should they return to the San Siro. 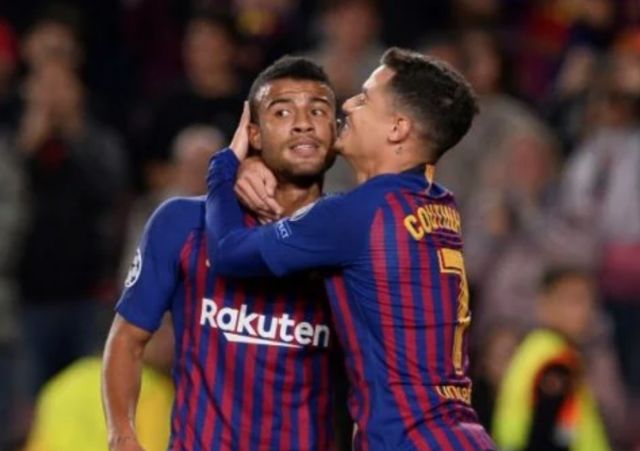 Both Coutinho and Rafinha struggled to hold down first team places with Barca last year, with the former playing just eight first team games for Ernesto Valverde’s side.

It’ll be interesting to see if Inter end up sealing a double swoop for the Brazilian stars ahead of next month’s transfer deadline, as they seemingly look to seriously add to their midfield options by acquiring the South America duo.