Chelsea boss Frank Lampard has defended his decision to start Christian Pulisic on the bench for their Premier League opener against Manchester United.

The Blues kicked off their 2019-20 campaign in miserable fashion on Sunday afternoon, suffering an emphatic 4-0 defeat at the hands of the Red Devils at Old Trafford.

Chelsea dominated possession for large spells and hit the woodwork twice, but left themselves vulnerable on the break and fell apart defensively in the final quarter of the match.

Lampard named £58 million summer singing Pulsic (fee confirmed by BBC Sport) on the bench for the clash, which raised more than a few eyebrows among supporters and experts.

The 41-year-old coach explained why he left the highly-rated star out of his starting XI for the trip to Manchester after the game, insisting he wants to exercise patience with the former Borussia Dortmund midfielder.

As per Metro Sport, Lampard stated: “Christian Pulisic is 20 years old, he’s come across from Dortmund, he’s going to be a fantastic player for the club, I believe.

“He’s got great ability, you saw little moments of his acceleration on the ball today, but I’ve also got other options in midfield and in those sort of areas.

“I don’t want to stick Christian straight into the fire without helping him along the way.

“It was one of those games today where I thought it was better to start with Ross and Mason, who have been very strong in pre-season, and bring Christian on. 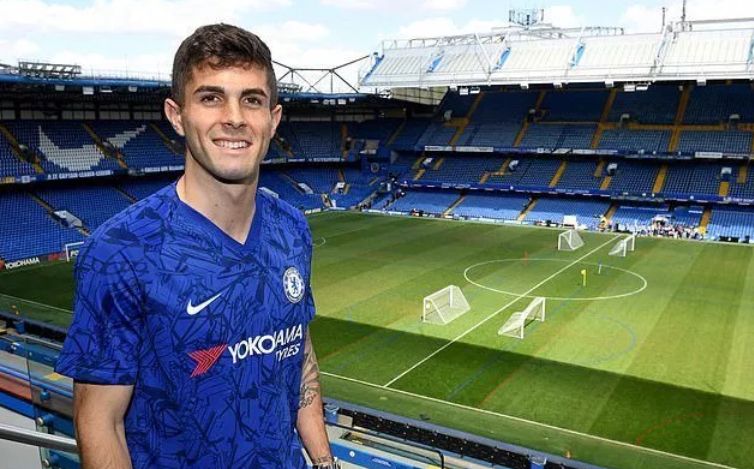 Pulisic signed for Chelsea from Dortmund earlier this year

“If the game carried on at 1-0 or we were back in the game as we should have done at that point I think he would have been a great injection.

“In the end, it was difficult for him because the game went quickly away from us.”

Pulisic will be back in contention for his first competitive start when Chelsea take on Liverpool in the UEFA Super Cup final on Wednesday night in Istanbul.

The Blues earned a place in the showpiece event by beating Arsenal in last season’s Europa League final and they will now pit their wits against the 2019 Champions League winners for another piece of silverware.

Lampard’s men will turn their attention back to the Premier League after the match in Turkey, with a home clash against Leicester to negotiate on Sunday.