Chelsea boss Frank Lampard is sweating on the fitness of N’Golo Kante ahead of the UEFA Super Cup final against Liverpool on Wednesday.

Kante was not fit enough to start Chelsea’s Premier League opener against Manchester United at Old Trafford on Sunday and had to be content with a late cameo from the bench as Lampard’s side fell to a 4-0 defeat.

The Blues are now gearing up to play against European Cup winners Liverpool in a midweek Super Cup clash, as a reward for winning the Europa League back in May.

Kante missed Chelsea’s pre-season through injury and was unlikely to feature in the starting line up against the Reds, but Lampard has now revealed that he picked up a fresh knock in the loss to United.

The Frenchman is now a major doubt for Chelsea’s latest fixture in Istanbul and will face a late assessment before a final decision is made on his inclusion in the matchday squad.

As per the Evening Standard, Lampard told a press conference on Tuesday: “The selection of N’Golo on the bench [against United] was purely because he had an injury and missed pre-season, so he wasn’t ready.

“I’m very aware of how important he is for us. He picked up an injury in the game so we are assessing that for tomorrow.” 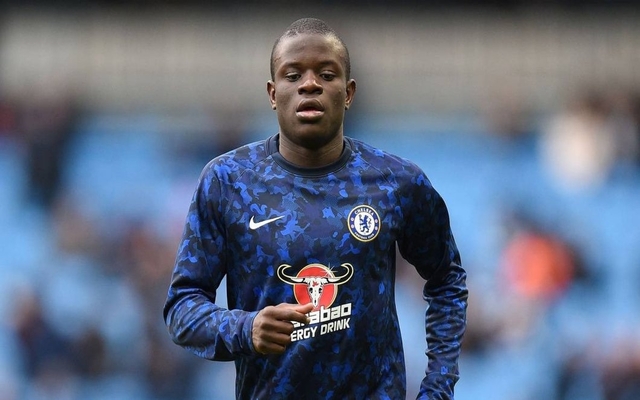 Kante is a doubt for the UEFA Super Cup final

Kante has been a standout performer for the Blues during his time at the Bridge, helping the team win three major trophies in three seasons, including the Premier League title.

Chelsea struggled to stop United’s attacking players from breaking quickly at the weekend, with Kante’s absence felt from the very first whistle.

If Lampard’s men are to avoid a second successive loss they will need to be far less open in midfield and more organised at the back, with Liverpool likely to pose an even greater threat than the Red Devils in Turkey.

The likes of Mohamed Salah, Roberto Fimrino and Sadio Mane will ask plenty of questions of Chelsea and if Kante is once again unavailable, it could be another long 90 minutes for Lampard and his squad.