Liverpool seem to have suffered an injury scare on the eve of their UEFA Super Cup clash against Chelsea, after Naby Keita reportedly left Reds training early, which was possibly down to a potential muscle problem.

The Reds are set to take on Frank Lampard’s side in Istanbul tomorrow night, as the Merseyside club look to win the Super Cup for the first time since 2005.

And given recent words from journalist David Maddock, it seems like Klopp’s side could be made to do so without the help of midfielder Keita.

As per Maddock, Keita was forced to leave Reds training early today due to a potential ‘muscle problem’, news that will not be good for the club to hear.

Looks like bad news for #LFC with Naby Keita leaving training early here in Istanbul with what looks like a muscle problem….

If Keita is ruled out of tomorrow’s clash against the Blues, it’ll come as a significant blow for Jurgen Klopp’s side, who would’ve surely preferred to have the former RB Leipzig ace fit and available for their match against Chelsea. 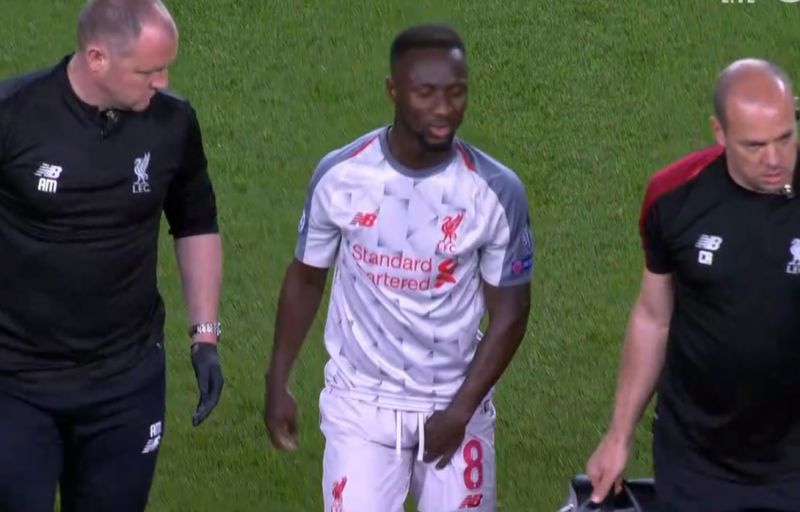 Keita’s picked up a possible injury in LFC training today

Keita getting injured isn’t news to Liverpool fans, as the player’s first year at Anfield last season was wrecked due to a number of injury problems.

The 24-year-old picked up a number of injuries last term which saw him sit out for a combined 89 days, just over a quarter of a year.

And should Maddock’s words here be true, it seems like the Guinean still hasn’t been able to shake these injury problems this term, something that’ll surely come as a worry for Klopp and Co.