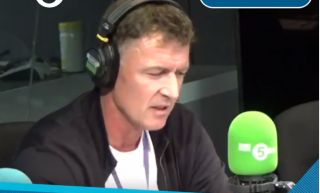 Manchester United have made a ‘sensational signing’ in Harry Maguire this summer, according to pundit Chris Sutton.

Watch the video below as the former Premier League striker sings Maguire’s praises and insists he’s worth the £80million Man Utd are reported to have splashed out on him.

‘All things being equal, Harry Maguire is a sensational signing’@chris_sutton73 says @HarryMaguire93 could not have had a better start at #MUFC

Sutton believes that’s a fee worth paying for the best defender in England, who has shown what he can do at the highest level and who clearly looks a major upgrade on the options they had before in that position.

While some have questioned if Maguire is really worth so much money, Sutton probably just about gets it right as he explains it’s going to end up being well worth it for United.