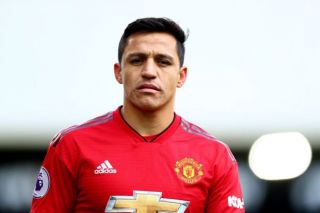 Manchester United forward Alexis Sanchez has reportedly been involved in an angry clash with youngster Mason Greenwood in training.

The Chile international is almost a forgotten man at Old Trafford after a total lack of impact at the club since joining from Arsenal, but he’s making headlines now, albeit for the wrong reasons.

Sanchez is said to have been unhappy with a foul made by Greenwood as the pair then exchanged words, according to the Sun.

While one imagines this kind of thing is not actually that uncommon, it’s far from ideal in terms of optics for Sanchez, who needs to be doing everything he can to get back in favour this season.

The Sun go on to say the former Gunners star has been mainly training away from the rest of his team-mates in a bid to get his fitness up for the new campaign.

The 30-year-old may even still end up leaving MUFC, having been linked by the Telegraph with a possible loan move to Roma.