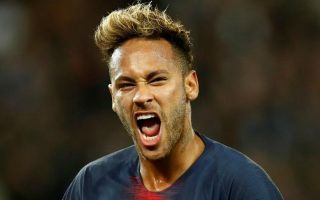 Barcelona are reportedly now expected to sign Neymar on loan if they do manage to bring him in from Paris Saint-Germain in this transfer window.

The Brazilian’s international team-mates at Barcelona and Real Madrid expect this now looks the most likely outcome of this lengthy transfer saga, according to the Independent.

MORE: (Photo) Club chief pictured on flight to Paris as Barcelona close in on Neymar deal

The report explains that PSG think it’s for the best if they sell Neymar this summer due to the breakdown of the player’s relationship with the club and the anger felt towards him by their fans.

The 27-year-old has certainly not lived up to expectations in his two years at the Parc des Princes, though he was a world class performer in his first spell at Barca.

The Catalan giants are said to have struggled to afford the deal or put together a swap package that would suit PSG, according to the Independent.

Neymar could rejoin Barcelona on loan from PSG

And as a result, it now seems an initial loan might be the way to break this deadlock in what would no doubt be an intriguing move.