Real Madrid are said to have joined the race for Borussia Dortmund youngster Yousef Moukoko, who impressed massively with his goal tally for the German side last term.

According to Don Balon, Los Blancos are said to have joined the race for the 14-year-old, with Liverpool, Chelsea, Bayern Munich and Man City all in the hunt for the German’s signature as well.

The report also notes that Moukoko’s qualities have seen him compared to Chelsea legend Didier Drogba, and if that’s anything to go off, then the teenager must be some prospect!

Moukoko made a name for himself last year with Dortmund’s U17’s last year, as he bagged a total of 50 goals in 28 appearances, a phenomenal return for a player who’s playing well below his age bracket.

Moukoko seems to have continued where he last left off this year, as the teenager bagged six goals in Dortmund U19’s’ first game of the season, a fact that’s even more impressive when you realise the player is around five years younger than all of his opponents. 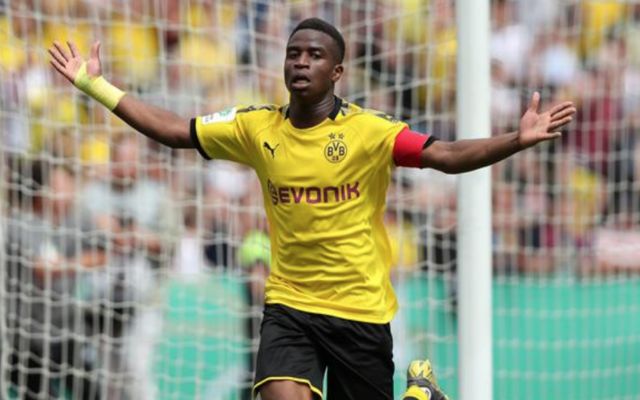 Moukoko has played all of his career as a striker, something a club like Chelsea could definitely do with in the future given the limited options they have up front at this moment in time.

However, if the Blues are to sign the German youngster, it seems like they’re going to have to beat both Real and Liverpool, as well as other clubs, to the teenager’s signature.

“I don’t like it, I hope it doesn’t happen” – Liverpool star James Milner fights to save football in superb post-match interview
More Stories yousef moukoko 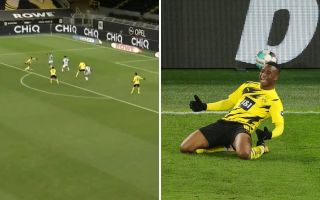