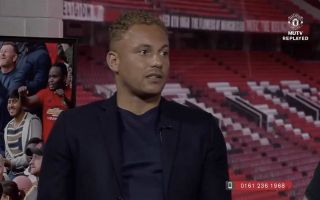 As per the Independent, the Red Devils completed the £80 million signing of England centre-back Maguire from Leicester City at the start of August, bringing to an end their long hunt for a new leader at the back.

The 26-year-old was handed his debut in United’s 2019-20 season opener against Chelsea at the weekend and he looked right at home in the heart of the defence alongside Victor Lindelof.

Ole Gunnar Solskjaer’s side won the match 4-0, thanks to a Marcus Rashford double and goals from Anthony Martial and Daniel James, with Maguire rightfully named man of the match.

Brown, who played for United between 1996 and 2011, has also singled out Maguire as the team’s standout performer, as he told MUTV: “I thought he calmed everyone down. Him and Lindelof looked like they’d been playing with each other for months, nevermind a few days.

“You can see that this signing has settled the ship.”

This guy knows what it takes to be part of a strong backline ?