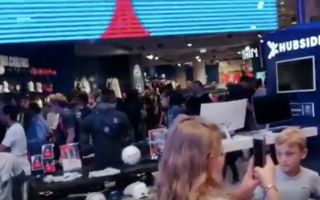 PSG are said to have removed all things related to Neymar from their official club shop recently, which comes amid reports the player is closing in on a move to Barcelona.

As per Diario Gol, Barca are willing to pay the €220M needed to sign Neymar, with the player also potentially undergoing a medical with the club this week should PSG and the Blaugrana manage to agree a deal for the Brazilian according to ParisUnited.

And amid these reports, it looks as if PSG have removed any mention of Neymar from their club shop if a video from journalist Marcelo Bechler is to be believed.

As seen in the video above, PSG look to have gotten rid of all Neymar-related merchandise from their club shop, something that could suggests the player is indeed on his way back to the Nou Camp.