Liverpool boss Jurgen Klopp is cautious over Adrian’s ability to cover for Alisson over the next few weeks, with the Brazilian out injured.

The Reds won their opening game of the 2019-20 Premier League season 4-1 against Norwich at Anfield, thanks to an own goal from Grant Hanley, a header each from Virgil van Dijk and Divock Origi, and a Mohamed Salah strike.

Number one shot-stopper Alisson was forced off with a calf injury in the first half and is now expected to be out of action for the next few weeks.

Fortunately, Liverpool signed Spanish goalkeeper Adrian on a free transfer on deadline day and he will now take Alisson’s spot between the sticks for upcoming matches.

Klopp has expressed doubt in Adrian’s ‘short-term’ reliability, however, given the fact he has not benefitted from a full pre-season programme.

The German boss told Liverpool’s official website: “I’m not worried at all about how he will do it in the long term, but in the short term the problem is just that he came here with no club when we signed him.

“We don’t have to talk too much about it, that’s what the experience is for. 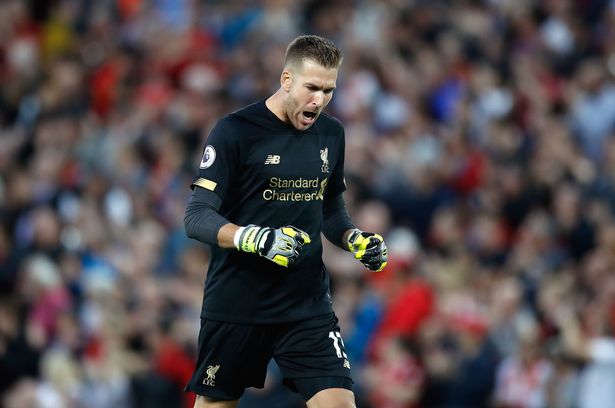 Adrian made his Liverpool debut at the weekend

“He looked very good and very sharp from the first session he had with us but of course now we need to be careful [and] pack him in cotton wool pretty much.

“We cannot now do the hardest training with him every day and stuff like this, we have to make him match fit every day, that’s how it is. So that’s what we try and then he will be fine.

“He’s a really, really good goalie and a really good person and since he was in he looked really well, and that’s it.”

Adrian will likely start Liverpool’s UEFA Super Cup final clash with Chelsea in Istanbul on Wednesday night, as Klopp’s men fight for their second trophy of 2019.

The Reds earned a place in the showpiece by winning last season’s Champions League, while their Premier League opponents managed to lift the Europa League.

It is not yet known when Alisson will return from injury, but Adrian’s performance against Norwich suggests he has the quality to fill in for the time being, and he will surely get fitter and stronger with each passing game.