AC Milan are said to be eyeing up a possible €100M swoop for Real Madrid’s midfield duo James Rodriguez and Isco this summer.

Both Rodriguez and Isco haven’t exactly had the best of times at Los Blancos these past few years, and now, it seems like the pair could be offered a way out of the Santiago Bernabeu by Milan.

Rodriguez has spent the last two years on loan at Bayern Munich, with the Colombian’s future now up the air after the Bundesliga outfit decided not to make his temporary move a permanent one.

Isco has spent the last two years at Real, however unlike Rodriguez, the Spaniard has struggled to maintain any consistent form, as he bagged just three goals and one assist for the club in 27 La Liga appearances last term.

As per Don Balon, Milan are eyeing up a potential €100M move for both Rodriguez and Isco, a move that Real should probably accept should the Italian giants end up going through with it. 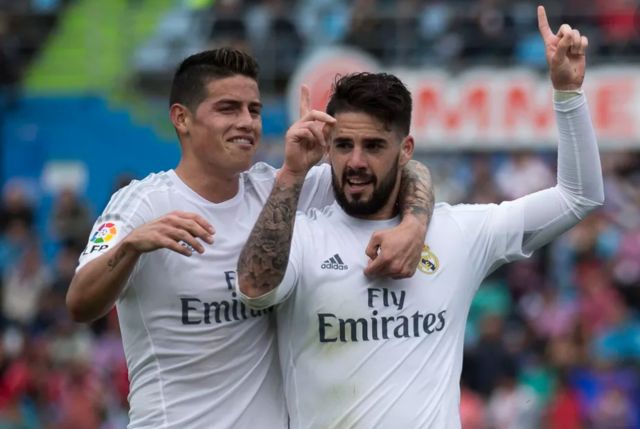 Despite their Real futures looking uncertain at this point in time, both Isco and Rodriguez are still two of the best midfield talents in Europe, and Milan would be seriously bolstering their options in the middle of the park should their pursuit of the duo be successful this summer.

If Real do manage to bring in a fee or around €100M for Isco and Rodriguez, it should be seen as great business from Los Blancos seeing as the pair most likely won’t get much game time this season due to the additions Zidane’s made to his squad recently.