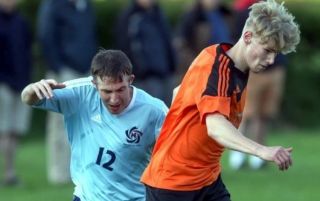 A young footballer has tragically killed himself after being plagued by injuries that threatened his career, according to reports.

20-year-old Joel Darlington was found hanged in his garage at home, according to the Daily Mirror, in what is truly a devastating story.

A former Wales youth international, Darlington had trials with Manchester United and other clubs, but struggled to get his career going due to injuries.

His parents found him at home earlier this year, with several notes around the house indicating he’d planned to take his own life.

Andy Kelly, the former academy director at one of Joel’s clubs Bala Town, was among those to pay tribute to the youngster and his talent.

Liverpool star confident of finally being cleared for transfer away

“He was a pleasure for me to watch and coach during my time with him,” he said.

Ruthin Youth team chairman Wynne Davies also praised Joel, saying he almost single-handedly won the league for the side at Under-12 level.

“He had two great feet and was equally comfortable dribbling and shooting with either,” Davies said.